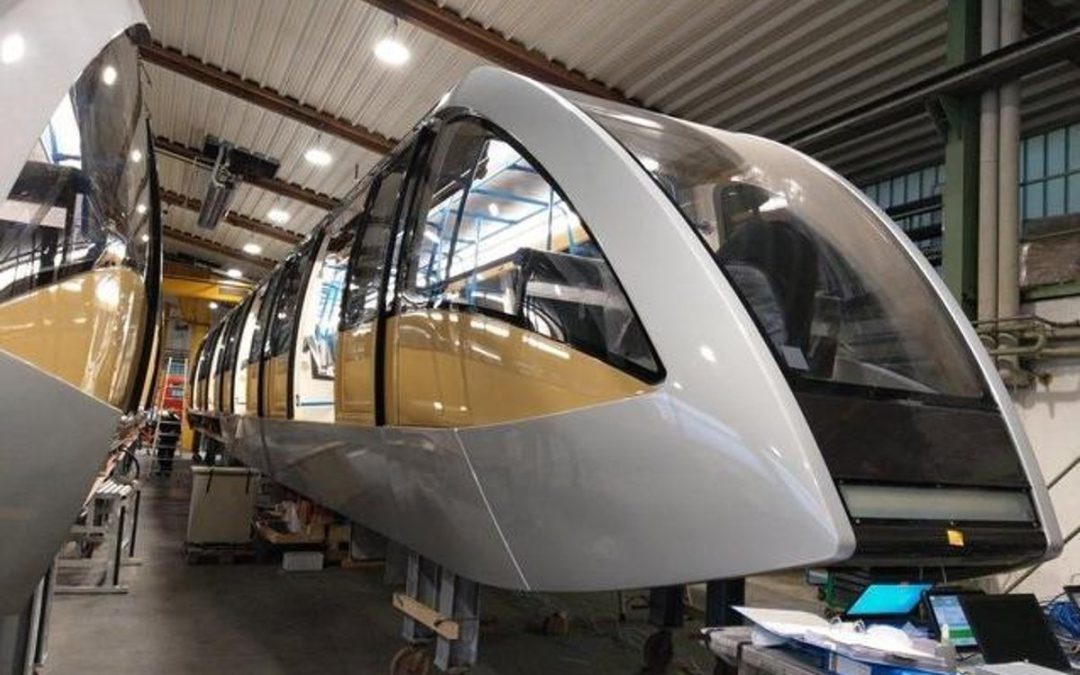 Local councillors have called for an independent investigation into the new autonomous light rail link between Luton Airport and Luton Parkway following its latest cost increase and delay. The 2.1km Luton direct-air transit link (Dart) is being constructed by a joint venture of VolkerFitzpatrick and Kier (VFK) and was originally intended to open in 2021 and cost £225M. Earlier this month it was revealed that costs have risen from an already revised £260M to closer to £300M. Despite King Charles having taken a ride on the Dart in December, the latest communication from Luton Rising says that the railway will not be open before Easter – the weekend of 9 April. Liberal Democrat councillors on Luton Borough Council have now called for a probe into the project’s failings. A statement from Liberal Democrat group leader David Franks after a Luton Borough Council scrutiny meeting earlier this month calls for a “serious, professional investigation” into what has gone wrong with the project. The statement says: “Luton Borough Council’s Dart project is two years late and £70M over budget. The town’s council taxpayers are entitled to a serious, professional and independent investigation into why all the details weren’t properly planned into the project in the first place. “We were promised it would be carrying passengers and their luggage by the spring of 2021, and here we are in 2023 and still nobody can give us an exact date. At the last update, we were told the ticketing system is yet to be sorted. “Didn’t the project managers know when they started work five years ago that they would need a ticketing system? Meanwhile, the cost of the £225M project is getting closer and closer to £300M. Two years late and £70M over budget, the whole project is out of control. Instead of the regular stream of excuses we’re being given, Luton’s council taxpayers are entitled to an independent investigation.”Along with the pandemic, delays to the Dart have been caused by technology upgrades and unforeseen issues with the project’s IT infrastructure. Luton Dart programme director Ruud Haket was put on the spot during the council scrutiny meeting when pushed for an opening date for the project. He stated the scheme was in “the countdown phase” and the final issues were “being closed out” but was also unable to give a set date. A report compiled by Haket mentions some of the ongoing issues the autonomous rail link has suffered from, stating the Dart “still hasn’t started operating is because of delays in the construction and in the preparation of the operating contractors”.

Highlighted In the Report Are a Number of Works VFK Has yet to Complete.

It says: “There is still an amount of outstanding works to be completed by VFK. The most important works are: PAVA panelling and testing (audibility of announcements/health and safety), bullnose repairs to the roof, commissioning of internet related systems, repairs to roof of the ramp between overbridges and hair-line cracks in the floors and repositioning of CCTV cameras on the guideway (potentially needing a 2 week closure of the system).” Another issue raised in the report is the commissioning of the gate lines. The report says: “Currently the work is being planned to finish late January, with final training and trial operations being undertaken in February. Due to the number of parties involved and the limited control we have over these parties, the risk of delays is higher than normally expected.” Further problems include Virgin Media/BT omitting to install six vital telephone lines when the internet connection was installed and issues with the ticketing system. On completion, the Dart will combine seven different types of structure and an innovative autonomous light rail system. Starting at a new purpose-built Luton Parkway station – which connects to the Network Rail station – the Dart will run on a 350m long viaduct, before transitioning to a 72m long, 1,000t steel truss bridge with composite deck that runs over a live dual carriageway. Luton Council’s accounts for 2020-21 previously revealed that the cost of the project had risen to £261.7M, with the opening date pushed back to October 2022. When that delayed opening date came and went, Luton Rising – the council body in charge of the project – said that an announcement about its opening date would be made in early 2023.